Showing posts from January, 2021
Show all

Things to do in St.George 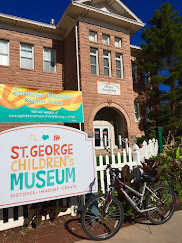 Stephen wade Nissan is proud to be apart of the St.George community.  There are a lot of things to do in St.George, whether you’re visiting for the weekend, winter, or live here permanently.  Here are some must-see places here in St.George: Suppose you have kids make sure to check out the St.George Children’s Museum . This place is fun for the whole family. Admission is 5 dollars a day, meaning you can come back later that day if you want to. There are different themed rooms from the St.George desert to our very own Stephen wade Auto Center filled with activities. The Children museum is a blast and should be on top of your list.  Another fun place to visit with children is Thunder Junction . Thunder Junction is a free Dinosaur themed park that offers fun slides, different things to climb, and a train around the park. This park is an all ability park and offers different things for everyone. In the summer months, this park also features a splash pad, which is the perfect way to cool
Post a Comment
Location: St. George, UT, USA
Read more

The 2021 Nissan Sentra is an excellent option for a modern sedan. However, Honda and Toyota also have similar options. Let’s compare the three and see how they stack up against each other.  Price  The 2021 Nissan Sentra is starting at an MSRP of $19,410* , while the Honda Civic is $21,250* and the Toyota Corolla is $19,925. So the Nissan Sentra is coming in at a better price by almost $500 compared to the Toyota Corolla and Honda Civic. MPG Let’s talk about the fuel economy. All these cars are pretty close, if not the same when it comes to fuel economy. The Honda Civic and the Toyota Corrolla both have the exact same fuel economy at City:30 HWY:38 and a combined 33. The Nissan Sentra fuel economy is City:29 HWY:39 and combined 33.  As you can see these vehicles are pretty evenly matched! (Except for the Nissan Sentra, being down in the City but making up for it on the Highway.) Still, ultimately they all end up at 33mph combined.  Power When it comes to the engine, each car varies.
1 comment
Read more
More posts